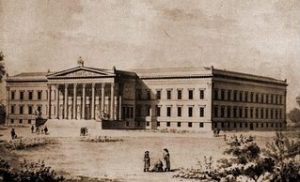 The site has been the subject of three excavation campaigns. The first, in 1963, was directed by Dr Tibor Kovács, from the Hungarian National Museum. The second campaign took place from 1989-1993 and was directed by Dr Ildikó Poroszlai, the director of the Matrica Museum.

The most recent investigations at the site began in 1998 under the direction of Dr Ildikó Poroszlai and Dr Magdolna Vicze. They were joined by Professor Kristian Kristiansen (University of Gothenburg) and Professor Timothy Earle (North-Western University) who amongst other contributions helped to develop the recording system for the site. In 2000 they were joined by Professor Marie Louise Stig Sørensen (University of Cambridge) and Professor Joanna Sofaer (University of Southampton). From 2002-2005, in parallel with work on the tell, Dr Vicze and Professor Earle set up the Benta Valley Project to investigate the range of settlement forms in the Százhalombatta hinterland. Following Dr Poroszlai’s untimely death in 2005, the directorship of the Matrica Museum passed to Dr Vicze. At this time the Benta Valley Project was reconstituted as an independent research project led by Professor Earle. Excavation at the Százhalombatta tell is on-going. Since 2005 it has been directed by Dr Magdona Vicze, Professor Marie Louise Stig Sørensen, and Professor Joanna Sofaer. From 2021 the SAX project is continuing under the umbrella of the Hungarian National Museum.

The site has a distinguished list of alumni. A large number of students who have worked at the site have gone on to complete PhDs and to obtain posts in academia, museums and heritage management. The site has been a fieldwork and research training hub for two EC-funded Marie Curie Training networks: The Emergence of European Communities led by Prof Kristian Kristiansen (2002-2006) and Forging Identities led by Prof Helle Vandkilde (2009-2012).