Archaeoichthyological studies are aimed at interpreting the fish remains from the 2000–2008 excavation seasons at the stratified hill-fort of Százhalombatta–Földvár. A 20 by 20 m sample area on top 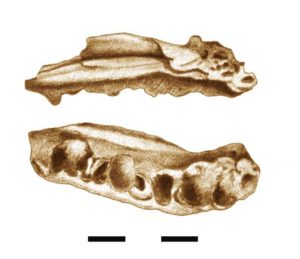 A rigorous recovery schedule was devised at this site. In addition to dry screening (n=10 by 10 mm mesh size) over the entire excavation surface, 10 litres of soil were set aside for water-sieving from each 2 by 2 m and 1 by 1 m square. Although the large mass of water-sieved material still awaits detailed analysis, animal bones from the sorted 4mm heavy fraction gathered in Phases 6 to 13 were also identified to help appraising the contribution of fish remains to the MBA zoological residue.

Although the material available for this study does not include all water-sieved finds from the site, the 175 fish bones from a sample including MBA Phases 6–13 and the 532 fish remains available collected by dry screening across the stratigraphy may be considered a large assemblage, especially since in depth-archaeoichthyological studies have not yet been carried out at this section of the Danube river. Most bones originated from the carp family (n=174), including carp itself(n=125). Bream  (n=15) and barbel (n=7) were the most commonly identified small cyprinid species. Sporadic bones of roach, bleak and orfe were also found. Of the carnivorous fish, pike (n=10) and catfish (n=5) were best represented. Bones of starlet (n=3) and great sturgeon (n=2) belong to the sturgeon family. A single bone from Danube salmon is the most special fish find from the site as today this species is basically extinct in Hungary.

Due to the high elevation and unambiguously terrestrial topographic position of the settlement, any natural deposition of fish bones through inundation can be ruled out: all remains found at the site are evidently of anthropogenic origins demonstrating the exploitation of aquatic resources.

While both the water-sieved and dry screened material suggest that the role of fish may not have been particularly important in the best represented MBA diet, the species identified so far reflect a special aspect of prehistoric life at the settlement. The material analysed in this study seems to indicate limited if not opportunistic fishing coupled with occasional luck enabling the settlement’s inhabitants to land relatively large fish from the main stream of the Danube. Today, the river is characterized by a hard, gravel substrate near Százhalombatta, less than ideal for fishing. Such difficulties may have discouraged people from carrying out large-scale fishing for centuries.