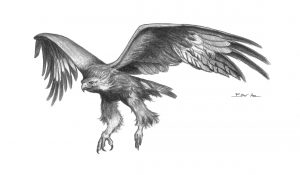 Archaeo-ornithology is a special field within archaeozoology: it deals with the analysis of avian remains found during archaeological excavations and the historical study of bird exploitation. Bird remains do not only help in the reconstruction of past habitats, but also illustrate ancient cultural attitudes towards animals and the natural environment. In spite of the rich information provided by the avian remains, their study has often been neglected. The lack of high-precision water-sieving and dry-screening indispensable in the systematic recovery of typically small bird bones, the scarcity of specialists trained in the analysis of avian remains and the need for comparative bird bone collections for professional identification explain why relatively few works have been published in this field world-wide. 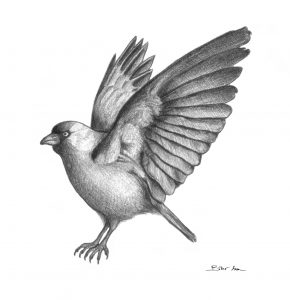 The avian remains under study came from the excavations held in 2003-2008. They were collected by hand on the site and from the light fraction of the sieved soil. In spite of the abundant bone assemblages, only 107 avian bones were found. Of these, 62 (58%) were received and studied up to now, and 48 could be identified to a certain taxonomic level. The bird species identified from the tell site of Százhalombatta-Földvár suggest that in spite of the closeness of the aquatic environment and opportunistic fishing practiced by the settlers, the hunting of water birds was almost completely neglected. Mostly terrestrial and woodland species were caught with an increased focus to birds of prey and Corvids year-round available.